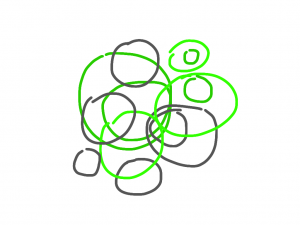 An appealing approach on the wrong track?

What a shame: organisations and societal entities act far away from what their potential could offer. Instead of creating advancement many of them got stuck in dealing with themselves. Why? Because classic approaches towards hierarchy, structures and decision processes don’t work anymore – and odds are they never will again. The knowledge-explosion and a complex environment take their toll.
So, what now? Any ideas seen on the horizon showing some ground breaking, giant leap? Ideas that really work in real life?
Well, maybe there seems to be one. There’s an approach kicking classic hierarchies, structures and decision processes aside concentrating on well working solutions, sustainably put together, holistically focussing on what’s best – defining what’s best on the basis of mutual understanding.
Be it profit or not-for-profit organisations, small societal entities or entire societies: there seems to be an approach entering an era of revealing and connecting all of our potential. And this approach is called Holacracy.
But, after all, why exactly is there a need for something entirely new?

Power games are a destructive force

Frankly, we all know what power games in organisations or societal entities are like. Not the best succeed for the good of things – but the fiercest succeed for the good of some. A small group dominating resources, ideas and how to put them into action takes advantage of an ancient understanding of hierarchy. Ego rules – and as long as it does ego is getting bigger. That’s the stuff vicious circles are made of. The result: Ego-trips and power games destroying entire organisations. A well working recipe for a shaky future boldly ignoring knowledge, skills and a sane, constructive force.

A very important consequence of such mindset and behaviour is that precious potential remains unrevealed. Still, many organisational cultures follow the motto: “Who shouts the loudest gets the recognition.” And: “Shyness or kindness equal weakness.” The focus is put on a dominating behaviour rather than knowledge, skills and abilities. Such circumstances always produce silent, unused potential. Potential that remains unrevealed.

Change or parish: for ongoing success and impact organisations need to advance actively and continuously. Most current established hierarchies and structures tend to produce a passive attitude, though. Why? Because the status quo serves the interests of those in power. Thus, new ideas, knowledge or abilities are placed in the back row. This way, continuous change gets blocked creating a no-future-situation at some point when nothing goes anymore and gets stuck. Mostly, that’s the point when organisations tumble and fall.

The bigger the more deadlocked

Current approaches are an obstacle to our future

We have truly come to an end with the mindset and approaches we have been used to for long. They promote a paradigm isolating knowledge, skills and potential being an obstacle to our future, be it organisational or societal.
All in all, current approaches have the tendency to produce static and isolated structures blocking advancement, innovation and new developments. 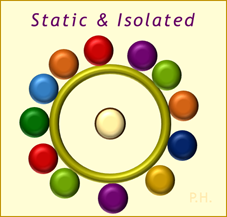 Holacracy in a nutshell

Holacracy offers an approach to overcome all the mentioned above. Following a mindset of integrating an organisation’s or societal entity’s full potential it introduces methods and tools ready to use. Holacracy introduces a structural and hierarchal paradigm based on self-organisation but not self-direction. For detailed information about Holacracy, its history and developers just see the Wikipedia-link at the very bottom. In a nutshell, it is based on these pillars:

We are facing an approach which – no surprise – has been introduced at the right time. Holacracy tries to cover some main aspects being essential to advancement.

Big Picture: Due to the knowledge-explosion and a complex environment, one person alone or one small group cannot have all information and knowledge it takes. For one person or one small group it is not possible anymore to understand the big picture. The times of lone-wolf-decisions are over. They cannot work anymore. This is one of the most severe disadvantages of many organisations affecting leaders, managers and owners: they are creating bottle necks. In order to be able to define and implement a constructive decision-process producing veritable decisions, integrating different views and knowledge is essential.

All of the potential: Bringing different people, knowledge and skills together reveals a much greater potential. But: this means a gain of complexity and self-dynamic processes. Well-known mechanisms of leading, organising and controlling don’t work anymore. In order to be able to deal with this productively, it takes a new, different approach of organising and structuring communication and decisions.

No power games: Implementing such new approach leaders and managers seem to lose power within classic hierarchies. Which is good because without having the big picture they cannot make veritable decisions. Focussing on different views instead of power and classic hierarchy there are much better chances to have more information, knowledge and abilities to create a more solid base for decisions.

Ongoing advancement: Change or parish. A culture based on decisions made by just a few tends to focus on power games blocking advancement and innovation. Establishing a constant exchange of information and knowledge on a broader basis caters to creating ongoing advancement almost automatically. Thereby, speed is no danger but part of a common agreement constantly being subject to adaption.

All in all, Holacracy offers an approach to overcome static and isolated structures. Putting the focus on an open and exchanging mindset this aims at connecting potential and fostering advancement. 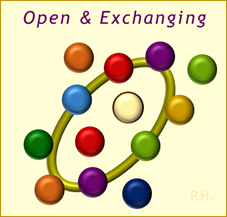 Experiencing decision-processes according to Holacracy and listening to people who have been part of such there is always another side of the coin. It seems that we have to deal with a quite fresh approach in need of facing its shady sides, too, in order to advance and develop.

Mainly dealing with itself: Following the will to cover and integrate an organisation’s full potential the methods and tools being used seem to outplay its own vision in some cases. It is not just the meanwhile well-known point that Holacracy produces very slow and bureaucratic processes. It goes way deeper than that. It might face the danger of exchanging one bureaucratic system for another – producing a culture of focussing on the process itself but not on producing results and advancement. This would lead to an organisational culture mainly dealing with itself rather than dealing with keeping an organisation attractive to clients, stakeholders and the outside world.

Ignoring soft skills: Holacracy breaks down every single bit of communication to rules, restrictions, dos and don’ts following the mindset of focussing on purely professional skills and competences. No personal interests or power-games should be in the way. Meetings, any communication and processes are purely based on a linear communication-structure putting on professional aspects. Which seems to be good at first sight. Not at second sight, though. Why? Because this blocks a dynamic flow since generating knowledge and creating advancement does not proceed on a linear, one-dimensional basis. It is carried by a dynamic flow in need of changing perspectives, issues and speed on a lateral basis. Professional competences always are built on both hard skills and soft skills – they cannot be separated. They always come as a package connecting professional, emotional, social and organisational aspects.

Blocking vitality: Due to the tendency to take very long and be very “administrative” – it seems to be a given that no open, warm atmosphere (see links at bottom) is being created in meetings and sessions. Some say it’s very cumbersome. If so, this seems counterproductive. Why? Because atmosphere is one of the number one key factors for connecting to each other and is very important for future work since it caters to a cooperative workplace. People get disconnected from each other and – most important – from their own organisation ending up in a significant lack of vitality. This might imply the danger of becoming a magnet for disappointed and “grumblers”. Those who believe that the rules Holacracy creates finally give them the power they never had before – which would lead to another power game.

Putting on the digital age too hesitantly: Holacracy does not put on tools and methods according to our digital age enough. This creates the danger of implementing a new approach using old tools instead of integrating future-bound tools to operate. The digital age offers appealing methods and tools being able to deal with complex and multi-layer organisational aspects. Transparency, connecting to each other, displaying and integrating the entire potential is an essential part of such tools.

All in all, Holacracy faces the danger of drifting away from its own vision – which is an open and exchanging mindset – towards locking in and blocking its own potential. 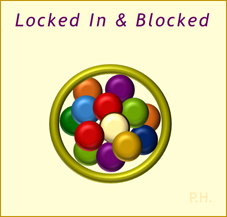 Holacracy has great potential to be a door opener for an adequate future-bound mindset. It is taking a big leap towards societal and organisational maturity, advancement and responsibility. Overcoming pre-mature power games and old-fashioned structures it can help to focus on the full potential an organisation or societal entity has in store. It can help breaking old structures bringing all brains it takes to the table.

Regretfully, a significant number of voices say that it partly offers inadequate methods and instruments focussing on the process itself but not on results and advancement. This creates a very bureaucratic and cumbersome atmosphere often attracting people who are interested in gaining attention by blocking initiative rather than producing results. This often creates a new form of power games – called “Rules rule! If you don’t follow, you are out!” This creates an inflexible dogma killing vitality and a forward looking mindset disconnecting those who want to cater to prosperous advancement.

Holacracy introduces an appealing approach to overcome current structures, hierarchies and decision-processes. Due to significant bottlenecks it must pay attention not to be on a wrong track, though. In order to prosper and live up to its own vision, Holacracy should be open to some adaptions. These could be:

Patrick Halek is corporate developer and management consultant focussing on active change and innovation, knowledge and brand. He published various books and articles and developed "blueformance", a coherent approach to shape and develop ideas, products and organisations. www.blueformance.com